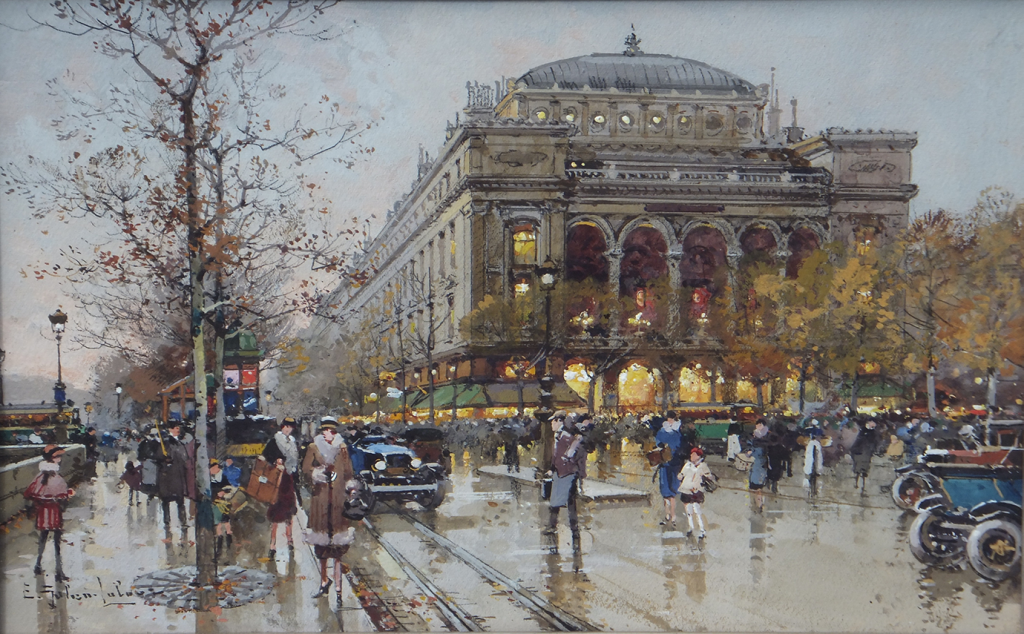 Artist: Eugene Galien-Laloue,
Scene:  Theatre du Chatelet.
Born in Paris in 1854,  Eugene Galien-Laloue studied under Charles Laloue. In 1877 Galien-Laloue made his debut at the Salon des Artistes Francais and throughout his career exhibited with great success. He was a versatile painter and superb draughtsman and is often described as a School of Paris or Belle Epoque painter.
His Parisian street scenes are similar in design to those by Edouard Cortes and Luigi Loir. He preferred to work on paper with watercolour and gouache, though he often worked in a multitude of media including pen, pencil and oil. His street scenes have enduring charm and he is widely collected across the continent.
Gouache over traces of pencil
7.5 x 12 inches
framed 17.5 x 23 inches
Click the picture to see full screen
To request a price
or arrange a viewing
Please contact us on:
+44-(0)-7889-598005 (m)
+44-(0)-1455 290916 (o)
Enquire about this painting