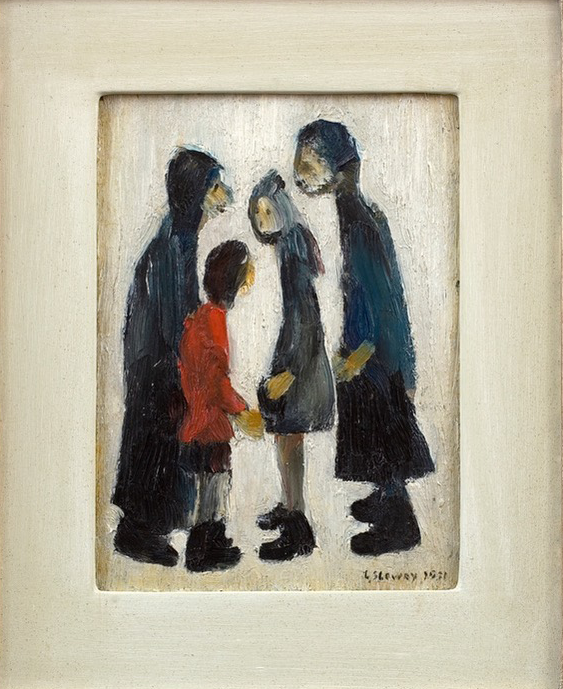 With Hamet Gallery, London, 29 September 1972, where acquired by

LS Lowry was born in Rusholme, Manchester in November 1887. His family moved to Pendlebury on the outskirts of Salford in 1909 where he was to live for almost 40 years. Lowry then moved to Mottram where he lived until his death in 1976.

Lowry’s interest in drawing began when he was just eight years old. In 1915 he enrolled as a part-time student at the Municipal College of Art in Manchester, later to be known as Manchester College of Art. Despite an introduction to the Impressionist style from his tutor Adolphe Valette and from private classes with the American portrait painter William Fitz, Lowry developed his own individual style, gathering inspiration from the surrounding landscape of busy cotton mills, terraced houses and the bustle of the working classes.

In 1918 Lowry attended life classes at Manchester Academy of Fine Arts. In all, his studies continued for over 20 years. In 1919 he exhibited at the Manchester Academy of Fine Art and later at the Paris Salon and the New English Art Club in Dublin and Manchester. He had a solo exhibition of drawings in 1930 at the Roundhouse in Manchester but had little widespread success until his first solo exhibition at the Reid & Lefevre Gallery in London in 1939 from which a piece was purchased by the Tate.However, instead of being a springboard to continued recognition, the war intervened, and it was 1945 before Lowry began at long last to make a profit from his art.From this point on, continued exhibitions at Lefevre and elsewhere cemented his reputation.He exhibited at the Royal Academy from 1939 and was elected a Royal Academician

in 1962. He became a member of the Royal Society of British Artists in Suffolk Street and the Manchester Academy of Fine Art in 1934 and of the London Group in 1948. Retrospective exhibitions of his work were held at the Manchester City Art Gallery in 1959 and the Royal Academy in 1976.

Lowry’s work is represented in many public galleries, including the Tate Gallery in London and the Museum of Modern Art in New York. The Lowry Centre in Salford Quays, Greater Manchester, now holds a major collection of his work.

In his later years L.S. Lowry posed for a charming black and white photograph holding a cup and saucer, beside a variety of his paintings positioned on easels (see image below). Propped carefully on top of four other pictures, the painting can be seen unframed next to Lowry dressed in his artist's overalls. These figure groups only began to emerge in Lowry's work in the 1950s and would sometimes incorporate just a singular person, whilst others show more complex juxtapositions of adults and children, perhaps with a dog or cat. Many were painted without any context, like we see in Family Group, so that the spectator has only the figures themselves to concentrate on; others were placed in domestic settings or urban streets.This painting was originally owned by Monty Bloom, a passionate collector who owned over a hundred of his works, mostly figure paintings. 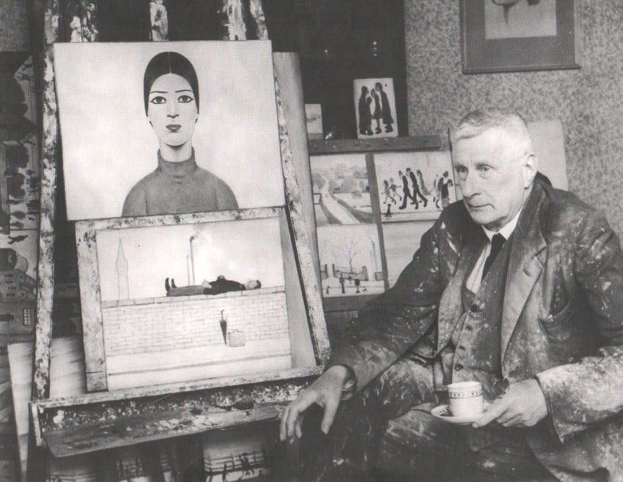 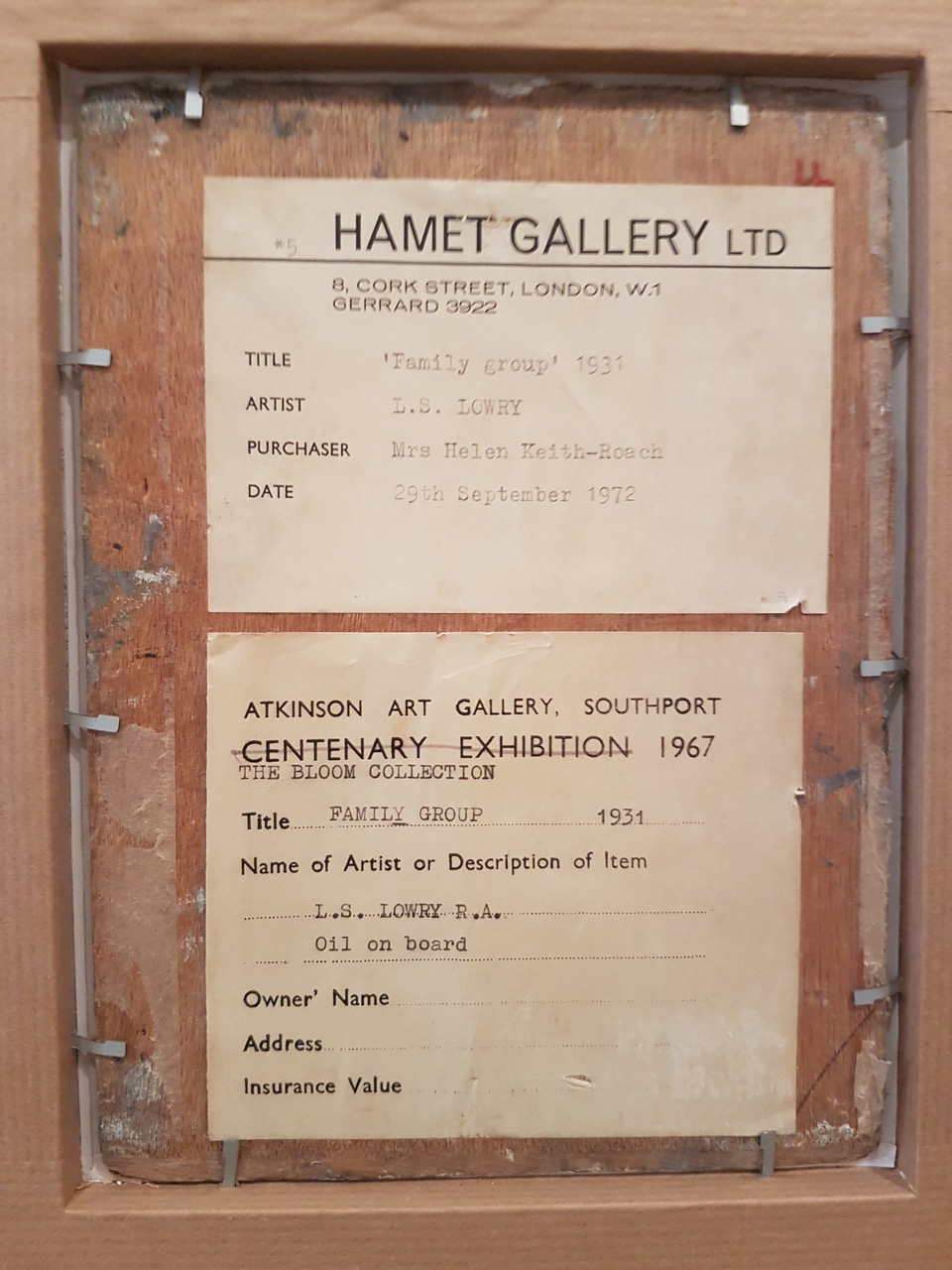