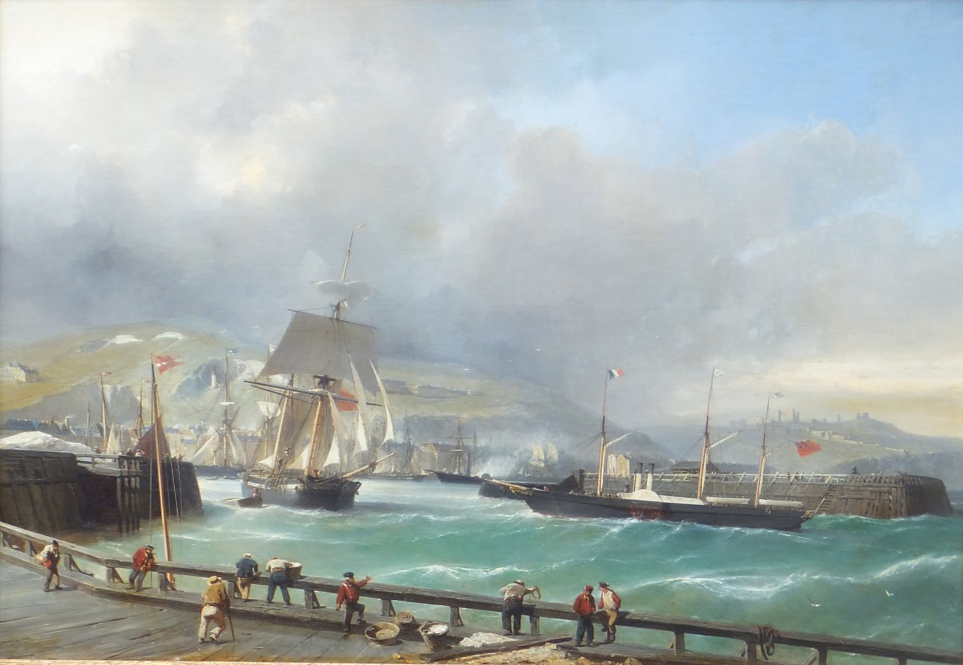 Artist : Julius Hintz. signed lower left.
Location : Dover harbour and castle.
Condition : Lined and cleaned in period frame.
Biography : Julius Hintz was a very fine maritime artist in the classic tradition. Hintz was born in Hambourg in 1805 and died in Paris in 1862. His works were often highly detailed with particular attention to both rigging and the sea. He often included interesting characters, in this instance a sailor supported by his crutch on the jetty. This scene depicts Dover Harbour with a French packet ship entering the harbour with Dover Castle shrouded by mist in the background. His works are held in various museums including Montpellier and Rouen. He received two honourable mentions in The Paris Salon in 1857 and 1859.
Canvas
Canvas : 30 x 43 inches
Framed : 42 x 56 inches
Click the picture to see full screen
To request a price
or arrange a viewing
Please contact us on:
+44-(0)-7889-598005 (m)
+44-(0)-1455 290916 (o)
Enquire about this painting