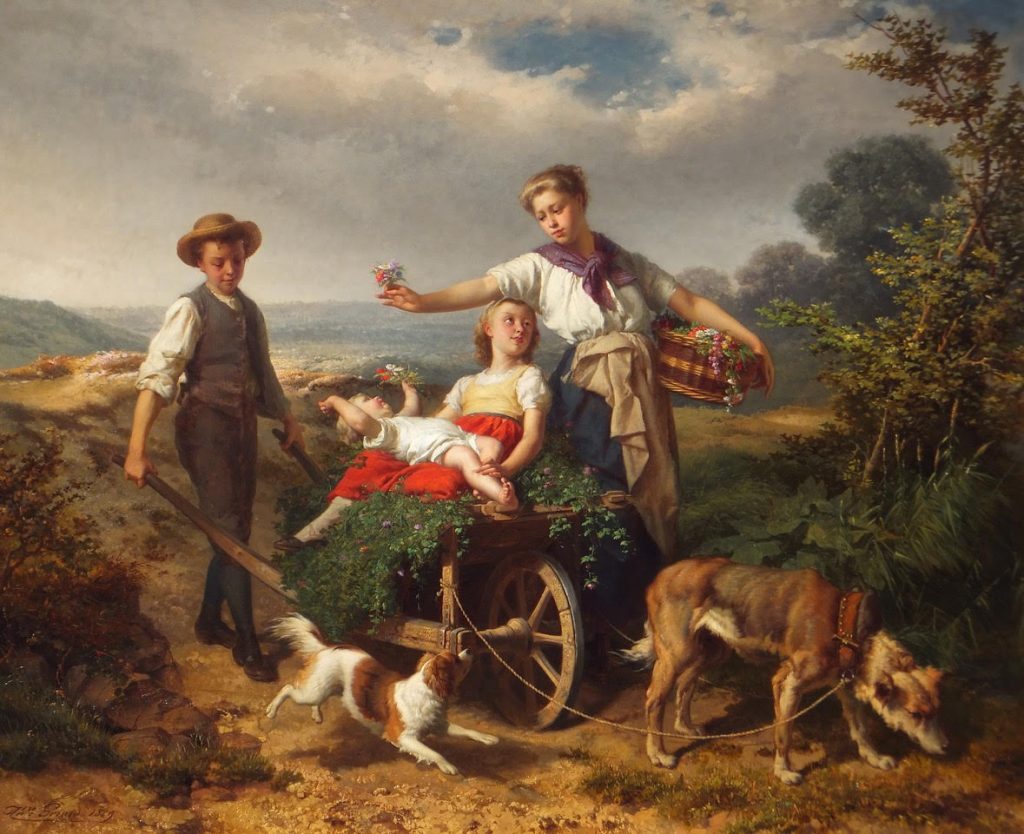 Theodore Gerard was a nineteenth century Belgian painter who specialised in delightful genre scenes. His inspiration was drawn principally from the charms of rustic life in the Low Countries. He also occasionally painted picturesque historical costume pieces.

Gerard began his artistic education in his hometown, enrolling as a pupil of the Ghent Academy. Like many Belgian artists of the day, he travelled to the new nation’s capital Brussels, seeking his fame and fortune there in 1863. He deepened his experience by travelling around Germany and the Austro-Hungarian Empire and began exhibiting internationally. His paintings were awarded medals in Philadelphia in 1870, in London in 1871, in Vienna in 1873 and in Brussels in 1875. Having established an important reputation for his charming genre scenes, like ‘La visite a la jeune mere‘, Gerard was made a professor at the Belgian national school of art, the Brussels Academy of Fine Arts.

The work of Theodore Gerard is represented in the Museum voor Schone Kunsten, Ghent, the Coutrai Museum and the Koninlijk Museum voor Shone Kunsten, Antwerp. A comparable work entitled Returning from the fields, signed and dated 1869, is illustrated in Popular 19th Century Painting: A Dictionary of European Genre Painters, by Philip Hook and Mark Poltimore, p.517.