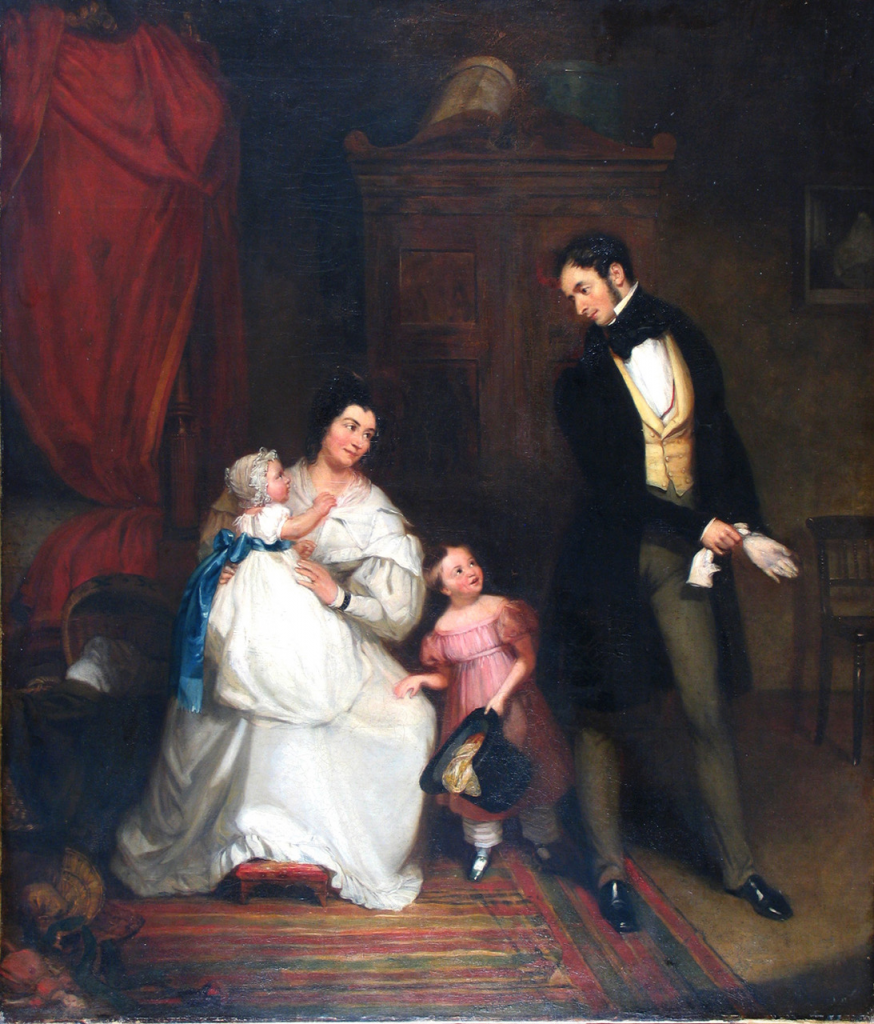 Artist: Robert William Buss.
Portrait of the Hardie family in an interior.
Robert William Buss was an historical, genre and portrait painter who lived in London. He was the pupil of George CVlint. Buss first painted theatrical portraits and later turned to historical scenes and humorous genre. He exhibited his work at the Royal Academy from 1826 to 1855, the British Institution, Suffolk Street and the New Watercolour Society.
He was the editor of The Fine Art Almanack and English Graphic Satire with etching by him.
This charming scene of family life depicts Mr Hardie a man of business, who was often away for long periods, saying goodbye to his young family. According to family tradition the little girl Blanche, not wanting her father to leave, would often hide his hat and scarf so that he could not go. The expression on the little girls face indicates that this is what she is about to do. Buss manages to bring a far more animated feel to this work than one would usually find in a family portrait.
Provenance Agnew and Zanetti, Mr Hardie, Manchester, thence by descent.
Works in public collections: Dublin Castle, Walker Art Gallery, Liverpool, Guildhall Art Gallery,London, Victoria and Albert Museum and Art Gallery Staffordshire.
Oil on canvas
42 x 36 inches
framed 53.5 x 47.5 inches
Click the picture to see full screen
To request a price
or arrange a viewing
Please contact us on:
+44-(0)-7889-598005 (m)
+44-(0)-1455 290916 (o)
Enquire about this painting